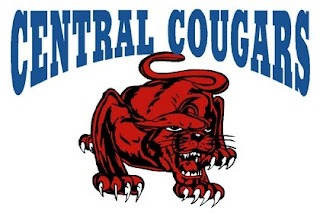 The Lady Cougars, who have been steadily improving under new their new coaching staff led by Gail Yates, last won against Forrest City in 2011.  The victory improves their record in the 5A-Central to 1-1.  They return to action Thursday at the Cougar Gymnasium against Sylvan Hills at 5:00
Posted by Unknown at 8:26 PM