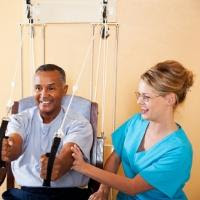 A few years back, researchers from Princeton University's Woodrow Wilson School of Public and International Affairs shed some light on the long-debated topic of money and its link to happiness. The study revealed a correlation between earning a specific dollar amount and reaching one's highest happiness level. According to the study, as people earn more money, their day-to-day happiness increases. Yet once they hit a $75,000 income, their happiness plateaus.

Happiness means different things to different people. For some, happiness is reached by being successful. Yet success, just like happiness, also comes with a price. A recent CareerBuilder survey of 5,772 U.S. workers, conducted between Feb. 9 and March 2, found that 49 percent of respondents would feel successful earning a salary of $70,000 or more.

These studies show that there's something about an income of around $75,000 that strikes a chord with Americans. If that income is something you wish to achieve, here's a list of seven fast-growing jobs that pay around $75,000 a year*.

2. Health and safety engineer
What they do: These engineers develop systems and procedures that prevent sickness or injury and keep property from being damaged. In this job, workers ensure that chemicals, machinery, software and other products won't cause harm or injury to people or structures. Having a background in both systems engineering and health/safety is important.
Projected job growth between 2010-20: 13 percent (about as fast as average)
Median annual pay: $75,430

3. Hydrologist
What they do: Hydrologists study water and the water cycle. They use their expertise to solve problems of water quality or availability. They spend their time in the field on assignment or in an office or laboratory.
Projected job growth between 2010-20: 18 percent (about as fast as average)
Median annual pay: $75,690

4. Information security analyst, Web developer and computer network architect
What they do: These workers use information technology in different ways to help a company achieve its goals. Security analysts help prevent cyberattacks that might compromise a company's information. Web developers create websites for companies or other entities. Computer network architects create internal networks used by workers within an organization.
Projected job growth between 2010-20: 22 percent (faster than average)
Median annual pay: $75,660

5. Medical scientist
What they do: Medical scientists conduct research to help improve overall human health. Clinical trials and other investigative methods are commonly used to help in their findings.
Projected job growth between 2010-20: 36 percent (much faster than average)
Median annual pay: $76,700

6. Physical therapist
What they do: Physical therapists help people with injuries and illnesses regain and improve movement. They also help with pain management. These therapists are also an important part of the rehabilitation and treatment of patients with chronic conditions.
Projected job growth between 2010-20: 39 percent (much faster than average)
Median annual pay: $76,310

7. Radiation therapist
What they do: Radiation therapists treat cancer and other diseases in patients via radiation treatments. They usually work in hospitals or cancer treatment centers.
Projected job growth between 2010-20: 20 percent (faster than average)
Median annual pay: $74,980

Debra Auerbach is a writer and blogger for CareerBuilder.com and its job blog, The Work Buzz. She researches and writes about job search strategy, career management, hiring trends and workplace issues.

Copyright 2012 CareerBuilder. All rights reserved. The information contained in this article may not be published, broadcast or otherwise distributed without prior written authority.
Posted by James F. Valley, Esq. at 10:44 PM