HELENA-WEST HELENA----Jerry Henry was mowing a lawn in the 1100 block of North Cherry Street (over the levee) on yesterday afternoon. He was accosted and shot by Omar Henry. The Helena-West Helena Police Department ha 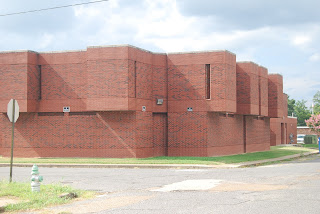 s not released details which might indicate a motive for this shooting. With the scant information we have at this time, it seems to be another senseless and avoidable occurrence of violent crime in Helena aka "Helltown."

Jerry Henry remains in critical condition in a hospital in Memphis, Tennessee. His shooter, Omar Henry remains locked up in the Hickey Detention Center aka Phillips County Jail. This case is still being investigated by the Criminal Investigation Division (CID) of the Helena-West Helena Police Department. The officers working in CID are Tommy Bivens, Dennis Cox, Michael B. Thomas and Darryl Winston.