Hollowell Goes On Record, No Raises No Deal 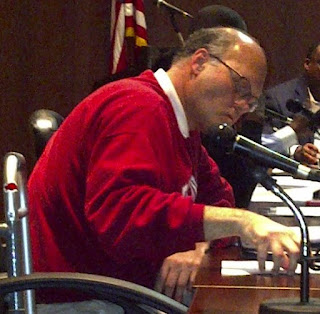 HELENA-WEST HELENA --- The City of Helena-West Helena's aldermen have been scrambling trying to get a budget passed with more than six (6) votes. The simple majority is six (6) out of the ten (10) aldermen. However, there has been wrangling about the Mayor's Budget, Alderman Jarrett's Budget, Alderman Brown's Budget and Alderman Hollowell's Amendments to the Brown Budget.


I want to go on record that I had nothing to do with this so called Compromised Budget. Whoever did prepare this, used my suggested amendments to the Brown budget and incorporated most all of the line items, but DID NOT entertain ANY of the suggested salaries. I appreciate the attempt to correct flaws in the Brown budget, but this is NOT a compromise in my opinion. If it was a true compromise, then salaries would have also been included.

It sounds like Hollowell, known for his oratory on fiscal discipline, tightening belts and holding the line on spending, wants a few people on the city payroll to get raises or leave the city in legal limbo. The city council meets tonight at 6:00 p.m.
Posted by James F. Valley at 4:16 PM