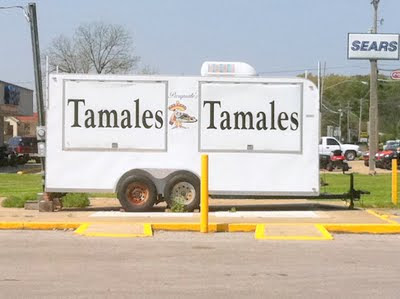 According to protest organizers, when St. Columbia arrived with his wife to open for normal business hours, St. Columbia noticed the protesters and was visibly agitated and sent his wife home.  Then, Helena-West Helena Mayor Arnell Willis showed up with members of the Helena-West Helena Police Department and supervised from across the street as the officers attempted to break up the protests and threatened to arrest the picketers.  However, the protesters called the property owner who owns the lot near St. Columbia's tamale stand who gave them permission to remain and exercise their First Amendment right to Freedom of Assembly and Speech.  At that point, Willis had no choice but to tell his police officers to retreat.  Willis has defended St. Columbia as "one of the most respected leaders" in Helena-West Helena.
Representatives of the Inside Scoop Online arrived on the scene to view the situation.  Upon arrival, several protesters, including Alderman Chistopher Franklin, were still at the site carrying picket signs asking Joe to leave the city council as well as their neighborhood.  St. Columbia's tamale stand is located in Ward 5, which is in the heart of a majority black neighborhood.  Protesters were emboldened by the large number of citizens passing by honking their horns in support.  The protesters were there because of a series of racist emails that were sent by St. Columbia in recent weeks that have been covered by this blog, Bluearkansasblog.com, the Arkansas Times, WREG-TV, WMC-TV, and ABC24.  Those  believing St. Columbia should resign have started a web site- www.joemustgo.net