Opinion Column: Detente: It's Just a Quarrel; Not a Family Feud 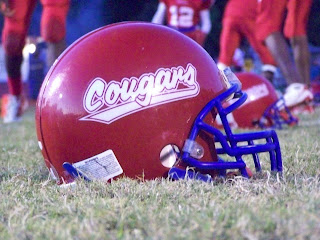 The Inside Scoop Online has had a surge in traffic since I posted the editorial "Is It Cad Polk Stadium or KIPPSTER Stadium?" last week.  There was a lot of passionate reaction from Facebook posts, private emails, and comments to the web site itself.  There was even a response column from John Brummett, one of the state's finest opinion columnists.

Let me begin by saying that I stand by the editorial.  I believe the reasoning to be sound and the position to be in the best interests of the Helena-West Helena School District.  However, there are those in the private and charter school community that would seek to exploit this division on this issue between the HWHSD authorities and me for their own gain, and I want to reiterate my support for this school district.  I will be supporting it even if I don't always agree with its decisions because I believe to the last depths of my soul that a vibrant, public education system is essential for the success of our community and the vital ingredient that gives the masses a chance to have equal footing in our capitalist democracy.

Mr. Williams and I had a private meeting today and I spoke with Mr. Bland separately.  We each had a chance to express our positions.  Without divulging any confidences, I can assure the general public that both men were reasonable, and I respect that.  I appreciate their courtesy to hear my concerns as a resident and booster of the HWHSD.

We aren't going to always agree, but we are Cougar Fans!  My comments today aren't aimed at the droves of KIPPSTERS AND T-Birds that flooded us with emails, instant messages, Facebook comments, etc.  These comments are meant for the Cougar family, which is very divided in these tough financial times.  My overarching message is that we cannot become so divided amongst ourselves that we create an environment where our competitors take more of our students through whisper campaigns about how much better they are.

After visiting with both men today, I have reasonable assurance that my concerns, which are the concerns of many within the HWHSD constituency, have been heard and will be addressed in a way that is in the best interests of the Helena-West Helena School District and its students.  I also have assurances that the rights of the press under the Freedom of Information Act are going to be respected.

There are many issues of extreme importance facing the Helena-West Helena School District, and people have the right to express their varying views, and they should.  However, we must not let these disagreements become so protracted and contested that they give our competitors a boost.  We know we do a lot of things well in the HWHSD.  We have many students doing well.  We just have some fiscal and political problems, which we need to rectify.  We need more good people participating in these discussions and involving themselves in the political dimension of these problems.  We have too many good people who do nothing.

Before I close, I do want to quell some of the more vicious rumors being passed around and I have this information straight from Mr. Williams.


Cougar Fans, let's not lose sight of the fact that we are for the prosperity of the HWHSD.  We want the schools in the HWHSD to be the best around.  We want to win when we take the field.  We want discipline in our schools so that teachers can teach.  We want discipline with our extracurricular groups so that they give us pride when they take the field at home and on the road.  We want to be the best, and we should be sure that this community gets the best from us.  Let us remember the scene from the movie "Lean on Me" when Joe Clark and the Superintendent were having a knock down, drag out argument.  At the end of the fight, they went to dinner together.
Posted by Unknown at 3:12 PM